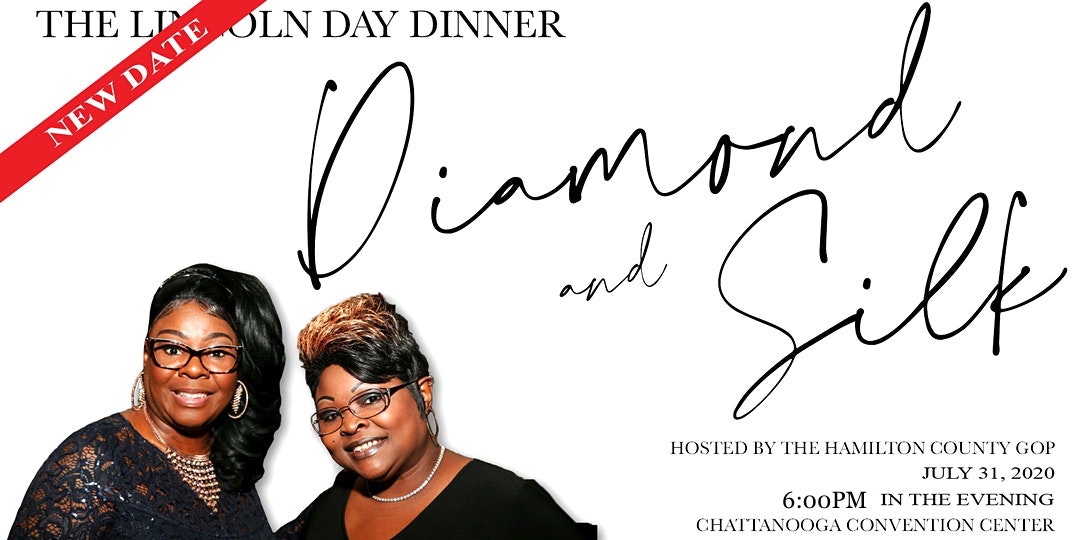 The event is the largest-single fundraiser for the party, providing financial support throughout a busy campaign year for candidates, communications and community events. Last year’s event featuring Jason Chaffetz drew a packed house.

Lynnette “Diamond” Hardaway and Rochelle “Silk” Richardson jumped into national prominence during the 2016 presidential campaign as early supporters of Donald Trump, primarily through their YouTube channel, public rallies and frequent appearances on FoxNews programs. Their YouTube channel has more than 263,000 subscribers.

The former Democrats and North Carolina natives grew frustrated with what they perceived as the unfulfilled promises of Democrat politicians, and subsequently became intrigued with Donald Trump’s campaign launch in 2015. They have strongly supported him ever since.

“Diamond and Silk are really popular with our supporters,” said HCGOP Chairman Marsha Yessick. “Their sense of humor and enthusiasm will make for a fun evening. We expect a terrific turnout.”

Among events planned for the evening will be a straw poll for attendees of Tennessee’s Republican U.S. Senate candidates to replace retiring Senator Lamar Alexander. Nearly a half dozen candidates are vying to be the party’s nominee, which will be determined in August’s primary election.

The Republican Party was founded in 1854 as an anti-slave party, and Abraham Lincoln was elected the first Republican president in 1860. East Tennessee has long been a Republican stronghold and Lincoln Day Dinners are held by hundreds of county parties around the country.